In Be Careful What You Pray For... You Just Might Get It, Dr. Larry Dossey describes the Navajo belief in the power of words, the importance of thinking and speaking in a positive way – in "the Beauty Way."

Counter this with how easily caretakers can affect a patient's recovery with such hexes as, "Only 2% of people with this kind of cancer survive more than a year."

Of course, doctors don't intend to do us in. Nonetheless, the harm can be real: "Medical curses such as 'It's your funeral,'" Dossey writes, "'You're a walking time bomb,' 'You should have had surgery yesterday,' 'There's nothing more I can do,' and so on, are not uncommon."

In contrast, Dr. Thomas Oxman and colleagues at Dartmouth Medical School found that the factor most highly correlated with survival and a positive post-operative course after surgery was the degree of spiritual meaning in the patient's life.

Our Beauty Way answers these questions:


"How will I participate in my recovery and not be a victim?"

"What is my purpose?"

"What is meaningful to me?"

"How might I make a difference in the world?"

In many cultures of the world the community's healer or shaman must experience a wounding, an illness, a dream-like or hallucinatory spiritual madness, as initiation through a mystical journey to aspects of reality unavailable to other mortals.

According to Holger Kalweit (Dreamtime and Inner Space), shamans experience their illness as a calling to restructure their lives, to hear, see, and live fully in a higher state of awareness.

This speaks so clearly to the nature of the "TaTa Sisterhood." In breast cancer discussion forums, I am continually inspired by the relative absence of fear, by the deep presence in women whose senses are attuned, who appreciate each moment life offers.

No matter how crazy-making the initial diagnosis and attempts to deal with a changing reality may be, the qualities of maturity and wisdom, equanimity and endurance, playfulness and generosity shine through. At every stage of what poet David Whyte calls "growing younger toward death" there is healing, in the community and in the shared stories, whether our journeys are only slightly difficult or quite formidable.

You, too, dear reader, are on this journey, even if you haven't yet been drawn into Dreamtime. Are you growing younger every day? 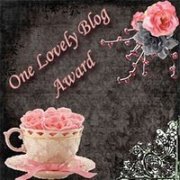 I received "One Lovely Blog Award" this morning from The Spirit That Moves Me. This generosity is an example of the community I've found, a sisterhood I think of as Amazons, who -- according to legend -- protected their territory with bow and arrow, and removed a breast to improve their ability to pull the bow-string:

Circles and circles
of brave, extraordinary
Amazons who have
no breasts to hinder
strength of bow, arrow's quiver,
our hearts' target
the cancers threatening
to invade our home.

As a recipient I'm asked to link to the blog that sent me the award and then to seven others that have inspired me. In turn, maybe they will post the award, then link to my blog and seven others, each time widening our circle of lovely Amazons:
Here's a short TED video about a public art space created by Candy Chang where passersby could write in their wishes: "Before I die I want to..."

The word courage comes from the Latin cor or heart.

Because I grew up in a military family, many of my male high school classmates went to West Point, and then to Viet Nam. Twelve years ago, I reconnected with my high school sweetheart and learned he'd been awarded The Bronze Star for "heroic service" in Nam. When I asked him to describe the events leading to the medal, he said "I don't think of myself as a hero. I wasn't feeling courageous. I just did what I had to do."

That's what it was like for me, as I moved from a "suspicious" mammogram to an MRI and biopsy, to bilateral mastectomy all within a two-week period. I just did what I had to do. As have many of you, I always wondered if I would be frightened by life-threatening circumstances. I was not, and so I don't feel "brave" or "amazing" as others have suggested.

Last week I went to my first breast cancer support group meeting, and the other women there said their experience was similar to mine.

It's like driving in a heavy rainstorm late at night. You'd rather be home by a cozy fire, but you're on full alert, every sense attuned to what's happening in your immediate environment. You don't have time to be afraid.

The Cries of the World

I wept when my friend Nancy gave me this statue after my surgery, with only an intuition of why Kuan Yin touched me so. Then I read this quote from Exotic India, which captures how I have been feeling these past few weeks:

Kuan Yin: The Compassionate Rebel. Buddhism's most enduring (and universal) contribution to the world has been insufficiently translated as compassion. The original Sanskrit word is karuna, which holds within itself traces of the fragment ru, meaning to weep.

The term karuna is frequently described as a love for all beings. However, the all-encompassing nature of compassion is quite unlike conventional love—which is rooted in dualistic thinking and is egoistic, possessive, and exclusive.

Karuna's root meaning is said to be the anguished cry of deep sorrow and understanding that can only come from an unblemished sense of oneness with others. The name of Kuan Yin signifies her compassionate nature, literally meaning 'One who hears the cries of the world.'

Grist for the Mill

The Sandhill Stage -- a concert series at the Prairie Creek Lodge to benefit the non-profits Conservation Burial, Inc. and Alachua Conservation Trust. 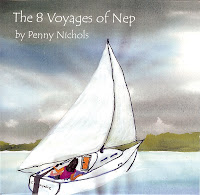 At a Sandhill Stage concert last night, Penny Nichols sang "Grist for the Mill" from The 8 Voyages of Nep, about her own experience with breast cancer.

Penny brought it all back to me -- Linda Ronstadt and the Stone Ponies, Janis Joplin, Mother Earth, Jefferson Airplane. So much pain, so much love, so many blessings, it's all grist for the mill (click here, scroll down and play #4):

Theater of the Absurd

The lymph ducts of the breast usually drain to the sentinel node before the lymph nodes underneath the arm. It's called the "sentinel" because it helps sound the warning when cancer has spread.

I have been very, very lucky. The radiology team was able to isolate the sentinel lymph nodes for each breast before surgery. The word "sentinel" stems from the Latin sentire, to watch, and my sentinel nodes took care of me, alerting the doctors that no further lymph nodes need be taken, and no chemo is necessary.

There was drama in the surgical theater, drama in my happy conversation on New Years Eve morning when my surgeon reported the news. "We did the right thing; we got it all."

Since the surgery a week ago, you can think of my life as a theater of the absurd. Stage directions: