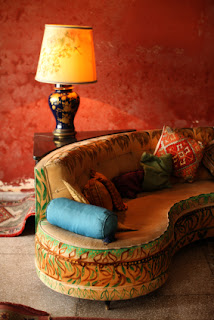 This being human is a guest house.
Every morning a new arrival.

A joy, a depression, a meanness,
some momentary awareness comes
as an unexpected visitor.

Welcome and entertain them all!
Even if they're a crowd of sorrows,
who violently sweep your house
empty of its furniture,
still, treat each guest honorably.
He may be clearing you out
for some new delight.

The dark thought, the shame; the malice,
meet them at the door laughing,
and invite them in.

Be grateful for whoever comes,
because each has been sent
as a guide from beyond.

From The Essential Rumi by Coleman Barks


(Thanks to Gilly Weinstein for sending me this poem)

A volcano erupts in Iceland. Tens of thousands of flights are canceled and millions of passengers stranded...  Have you experienced any of these typical reactions in the face of an oy vey moment -- lost your sense of humor, became fixated on what wasn't working, gave up completely, felt annoyed and resentful, looked for someone to blame, pretended it wasn't happening?" Larry Dressler, "Volcanic Moments: Four Practices for Facing Surprises with Grace." 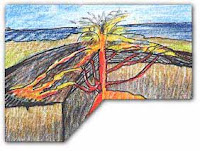 Dressler's post miraculously arrived in my in-box on December 24, minutes after my surgeon told me I have cancer in both breasts. Definitely an oy vey moment. My typical defense in the face of unwanted news has been to pretend it wasn't happening. Of course everything bubbles below. Indeed, my personality style has been characterized metaphorically as a "volcano" -- apparently calm, with complex layers beneath the surface. 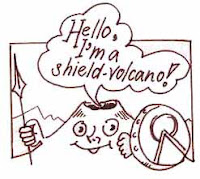 I'll be even more particular, and suggest I've been a shield volcano, formed of layers of fluid lava. Unable to pile into steep mounds, these layers create a gentle, sloping cone and spill from several vents. Attempts to shield myself have created a calm exterior but have also led to lifelong digestive problems, joint pain, and occasional bouts of magna-lava anger -- the symptomatic "vents" my body developed to blow off steam when the rumbling could no longer be contained.

Our bodies give us messages and this one is clear: another vent has appeared, cancer erupting in both breasts. So I'm taking Dressler's advice to heart:
Some of my thoughts and beliefs:
Obviously the first belief has been refuted. The second is simply laughable; we all, eventually, accept death. Third, trying to "fight" the cancer would reinforce the dysfunctional belief that I must shield myself from reality -- instead of fighting I want to embrace and transform this energy for healing.

On Christmas Eve I extended Dressler's Pause and Breathe stage, spending hours reading about double mastectomy, searching for post-surgery apparel, sending love to my breasts, letting in the messages cancer brings, terror echoing all the way down to my toenails:

Sometimes an abnormal area will be seen on the mammogram that should be tested for cancer, but is not felt as a lump on examination. The mammography department can help your surgeon find the area more easily by using a technique called "wire localization." Harvard Health Publications.

The day after a biopsy of both my breasts I viewed The Buddha documentary, and was struck by this: "All things change. Everything born is subject to decay. Use even this for awakening."

My wake-up call came suddenly. After a mammogram on December 24 and consulting the next day with my gynecologist, I met with my surgeon last Monday, had an MRI and blood work on Tuesday, and biopsies on Wednesday.

The pre-op procedure was quite an adventure. The radiology team placed localizing wires in each breast, with only a local anesthetic. Some women freak out, the nurses told me. They've seen everything, from a woman who threw up on them to another who bit the nurse's hand.

I couldn't turn my head to watch, because if I moved the radiologist would have to repeat the procedure. After he finished I looked down and saw a blue push pin in each breast. The nurses then cut two Styrofoam cups to half-size and taped them over the push pins to protect them until surgery. Robo woman!

The woman next to me in the pre-op holding room was questioning her doctor about the size of the scar he'd leave. I gleaned from their conversation (through the curtain between us) that she'd had a lumpectomy before and now had another lesion with lymph node involvement, but had opted for a lumpectomy again instead of mastectomy.

Her surgeon kept saying "We need to look at the bigger picture. You have breast cancer, and we want to remove it." She appeared to be in her forties, so I understood her fear of losing her breasts, but what level of vanity would lead her to endanger her life? I was clear about my own wishes. I wanted the cancer GONE. 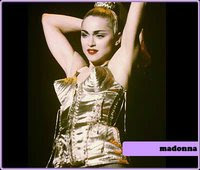 Under general anesthetic for the biopsies, I was woozy afterward, and couldn't help laughing at the dressing that replaced the push pins: white, pointy tents.

My surgeon called with the results on Friday. Mastectomy on the left. "We can negotiate the right." But why would I want only one breast, and a 72-year-old one at that? Can you picture the reconstruction? "No, no, guys, it's not nearly old enough, far too perky...."

The Dalai Lama said a miracle is "something you cannot understand, something unexpected." My miracle? Instead of fear, I have felt mostly joy and gratitude for the tangible love from everyone I encounter, including each of the nurses and doctors who took care of me earlier this week.

A friend wrote to me on Friday:


"I understand your 'mostly joy' response. I experienced the same with my reality encounter last year at this time. I think it has a lot to do with how we give meaning to the whole of our lives--whatever comes can be greeted with open hands, open mind, open heart, odd calm, certain gratitude, with the occasional terrifying gut check cry."

Christmas Eve: I removed my pointy tents and took a good look at the biopsy stitches. Both breasts would be deeply scarred. Then a deep breath and gut check. Ah, no. They will be gone.